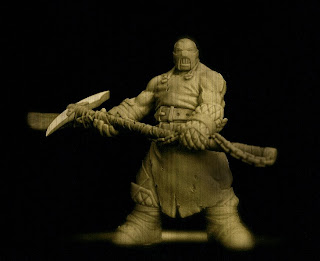 Last week the convention Le Monde Du Jeu took place in Paris.
It was the occasion to meet sculptors and painters, players and game designers.
There also was Croc who, with Geoffrey, wrote HellDorado and was introducing to selected people the new game from HellDorado world: Claustrophobia!
It's a board game that will be released at the end of the year, sold with PPP models inside, and I've sculpted two of them.
I was very pleased and impressed by the quality of the final product. Really this game will be a hit!

I show you now the first one (there will be 2 of him in the box): La Brute!

Made in Fimo and Magic Sculp, about 37mm at the eyes, the sculpture is "smooth" as it is made for plastic production.

I hope you'll like the models as much as I enjoyed making them!
M.

Here is the character design made by Bertrand Benoît... 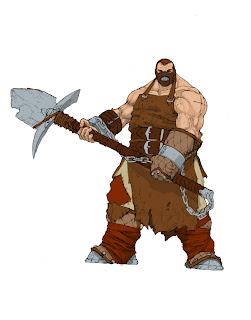 And my sculpture work... 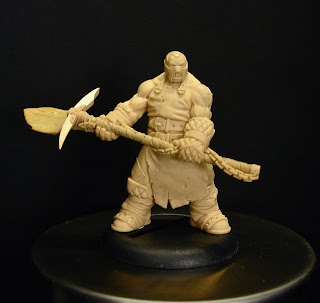 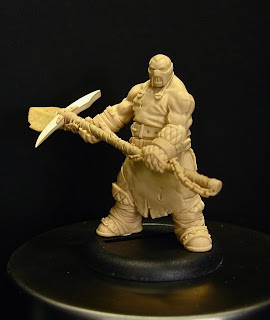 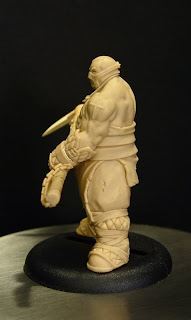 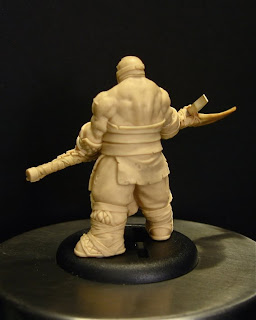 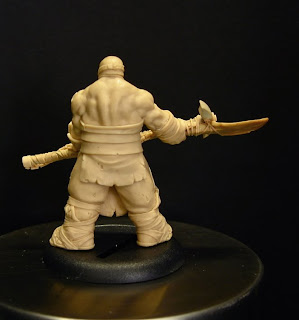 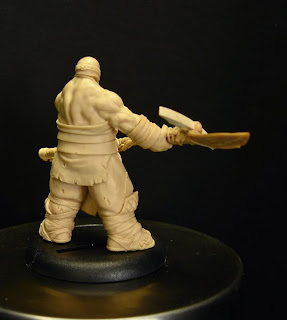 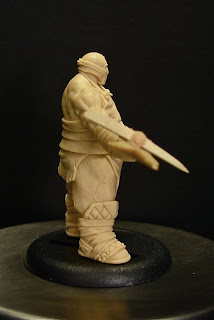 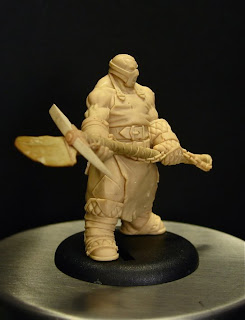 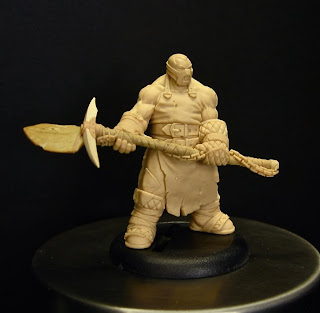 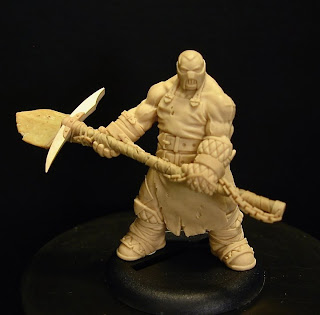 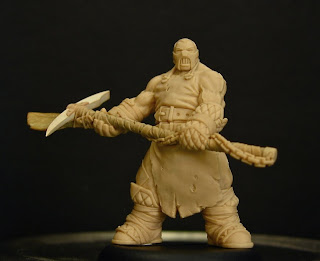 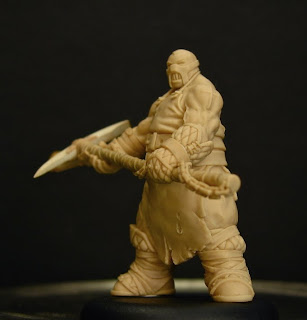 Email ThisBlogThis!Share to TwitterShare to FacebookShare to Pinterest
Libellés : Claustrophobia