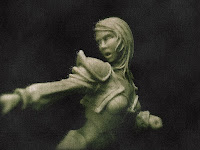 been a long time without a word...

First, some old pics of two models made for World Of Warcraft plastic miniature game, a Blood-Elf Hunter, and Jaïna Proodmore, famous character of the video game.
As usual, made in Fimo, Blood-Hunter is about 42mm, Jaïna about 38mm scale.
Blood-Elf bow was made in Milliput Grey.

Since Asmodée stopped HellDorado, I worked on different projects, and still working on them, that's why you haven't seen lot of new things lately.

But yet, I can give you few information if it stays between you and me...

I have on my desk a WIP of a nice girl for Coolminiornot. More details coming soon.
You may have heard about a new world created recently, Kingdom Death. I am sculpting the Twilight Knight, before another biiiiggggggg model!!!! I can't wait to start this one!!!!! This project sounds and looks very promising.
Among other projects I'm working on, one was important for me during the summer: a video tutorial made with Miniature Mentor!!! A great experience! I really hope the result will be instructive and interesting. It should be available before the end of this year, and it's about converting a plastic model with Fimo and Magic Sculp... Stay tuned for further details.
Magic Sculp... Magic Sculp!!!!
Told you I discovered this material. And I love it! Well... it's different than Fimo Classic, and I don't use it for the same purpose. It's definitely for me the perfect complement. With a bit of Duro, I'm just feeling right with these 3 putties.
And right now, I'm fully concerned with it as I am using it for a totally new kind of project for me: it's mechanical, it's manga-like, it's about 60mm... You remember the Dreadnought? Heard of Soda Pop (Facebook page)? Further details soon!!!!
I was also commissioned for other projects that I will let you know soon, and still have an old WIP zombie on my desk...
Busy as you can see!!!

Oh! About tutorial... You may know I've written a step by step about HellDorado's 30 Deniers character, with lot of pics for HS Ravage Sculpture. It's been out during summer, my article takes 4 pages. Have a look to this issue, you might really like it, and learn about sculpting miniature!

And the last news came out few days ago: it's official, HellDorado will be produced by a US company, Cypher Studio, so new models will be sculpted soon.

Last thing, I should be by Sunday at Le Monde Du Jeu, Paris. If you want to have a chat, pass by!

Good news, lot of nice and interesting things to come, who said there is a crisis out there? 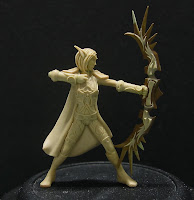 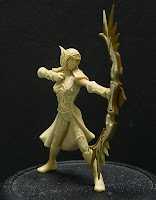 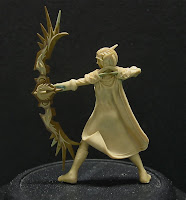 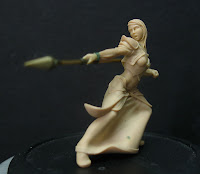 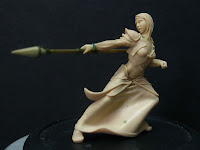 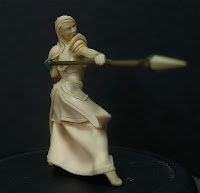 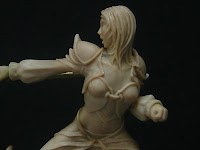 Email ThisBlogThis!Share to TwitterShare to FacebookShare to Pinterest
Libellés : World Of Warcraft