I've already showed you Dreadnought's legs.
Let's go now for the upper part.
Pictures were still taken after the model was sent back, so you don't see my own version (for instance the skull), and the piece is actually damaged.
Again, I'm gonna fix everything.. one day.
But I thought details were interesting enough to be showed.
It's just the base, multiparts have to be added then, like head, banners, angel, halo...

Based on a resin that I had to renovate a lot, made in Fimo and Milliput...

I also post the concept I've made for it. 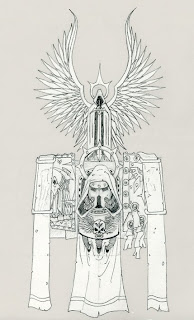 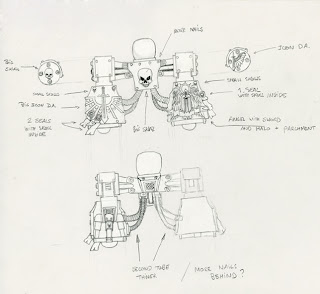 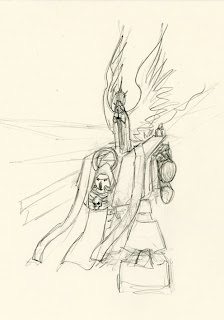 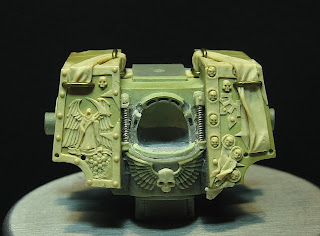 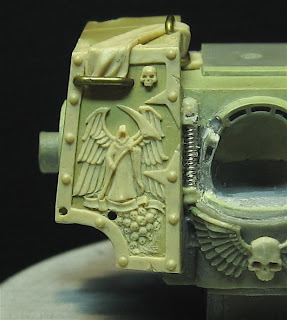 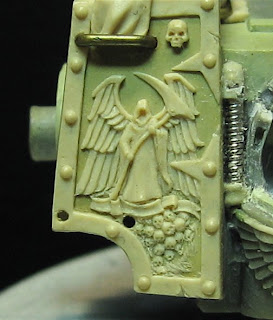 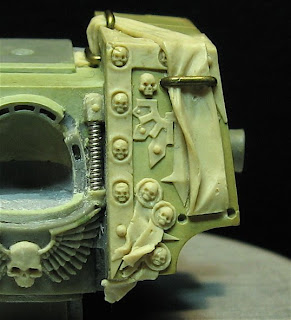 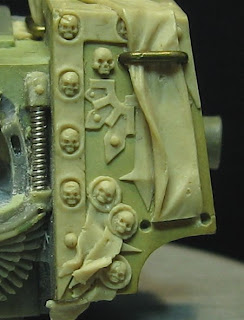 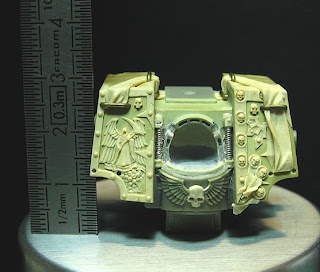